The Living Planet Index (LPI) is a measure of the state of global biological diversity based on population trends of vertebrate species from around the world. It does this in much the same way that a stock market index tracks the value of a set of shares or a retail price index tracks the cost of a basket of consumer goods.

The Living Planet Database (LPD) currently holds time-series data for over 31,821 populations of more than 5,230 mammal, bird, fish, reptile and amphibian species from around the world, which are gathered from a variety of sources such as journals, online databases and government reports. Using a method developed by ZSL and WWF, these species population trends are aggregated to produce indices of the state of biodiversity. The rest of our work focusses on expanding the coverage of LPI data to more broadly represent vertebrate biodiversity from all around the globe and disaggregating the index to measure trends in different thematic areas. This includes assessing the changes in different taxonomic groups, looking at species trends at a national or regional level, identifying how different threats affect populations and providing an insight into how conservation intervention can promote species recoveries.

The global LPI as presented in the Living Planet Report 2020 (Figure 1) shows that a subset of 31,821 populations of 5,230 species has declined by an average 69% in abundance between 1970 and 2018. The Living Planet Report 2022 results indicate that species are faring much worse in freshwater systems and in tropical regions. Freshwater populations declined by an average of 83%, while IPBES regions declined by between 18% and 94%, with Latin America & Caribbean and Africa showing the steepest declines (94% and 66%, respectively). 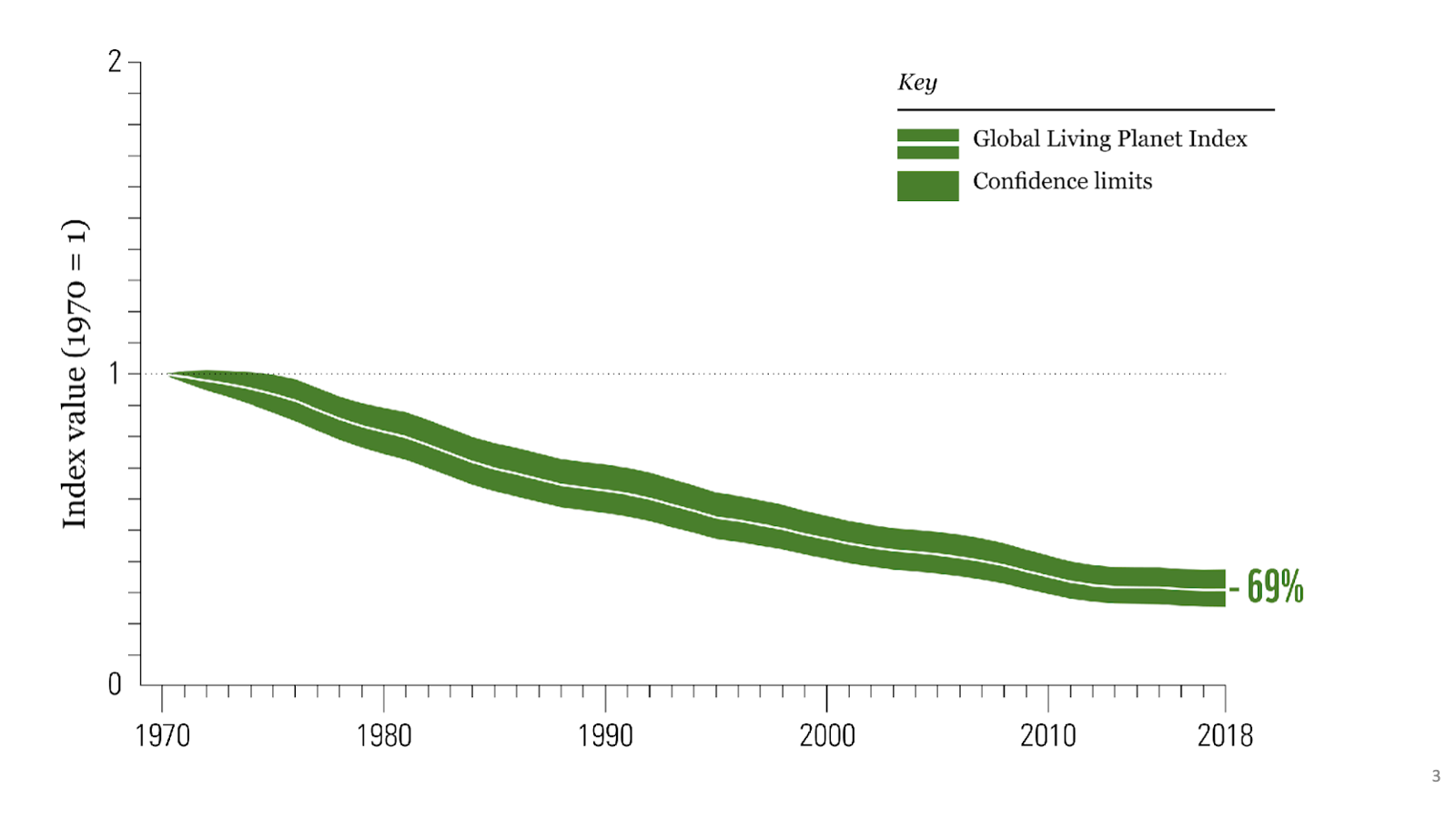 Figure 1: Figure 1: The global LPI shows a 69% average decline between 1970 and 2018. The white line shows the index values and the shaded areas represent the 95% confidence limits surrounding the trend (WWF/ZSL 2022)